Isabella Tugman stars in “Flight of the Bumblebee”

By Izzy TugmanSeptember 16, 2022No Comments

I’m super stoked to announce the release of this incredible audio drama. I had the absolute honor of starring as Susan Hart amidst this very talented cast and team. You won’t want to miss this one! 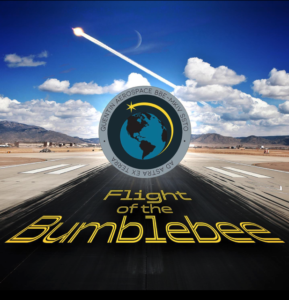 “Flight of the Bumblebee”

While testing a hypersonic space-plane above the Mojave Desert, pilot Susan Hart becomes obsessed with a set of strange lights that seem to follow her flight but no one else can see.

and Kris Allison as Daniella Caldwell,

This episode was produced in collaboration with Apollo Podcasts, as part of their 2022 Creator Showcase.

Isabella “Izzy” Tugman is a professional Voice-Over Artist, Actor, Singer, and Film Producer based out of Phoenix, AZ. She has also lived and worked in the Los Angeles, New York City, Austin, and Kansas City markets. Izzy has a Bachelors Degree in Music from Thomas Edison State University. In addition, she is a graduate of a rigorous two-year college performing arts program from the American Musical and Dramatic Academy (AMDA) in Los Angeles. She also spent two years as a Vocal Performance major at the University of Missouri-Kansas City (UMKC), where she studied to be an opera singer. Having spent a lifetime acting and singing on the stage, in front of the camera, and behind the microphone, a career in voice-over harmoniously blends her talents for voice, acting, story-telling, and language. Isabella is an incredibly hard-working individual who is committed to quality. She works consistently to improve on her talents and her business while maintaining a strong sense of integrity and a positive attitude. When she’s not pursuing her career goals, Izzy loves to sing, dance, read, practice yoga, play video games, travel, and indulge in spicy foods. An animal lover, she has two cats and two small dogs that might as well be cats. When looking for a Voice-Over Professional, Izzy is the Voice of Choice!

Izzy is a full-time Voice Actor in Phoenix, Arizona. With her extensive training and ability to take direction well, she can adapt her voice to suit many styles of voice-over.

Production and office hours vary. Izzy will do her best to accommodate projects at any time they are needed. Please reach out for a prompt response.